skip to main | skip to sidebar

Janel is no longer co-host of the Thought Crime Radio show but is an occasional guest-host. I have created a second show, Momma Rap, every other Saturday at 2-4 pm central. My co-hosts are Jesca "Nytengal" Byndom of OneSoul, spiritual rappers and Sovryn "Big Soul" Byndom. Our frequent music guest is Ann "Solstice" Duff local singer/songwriter. Check out our Facebook page, https://www.facebook.com/home.php#!/Mommarap. We are talking the baby-mama ... how to heal humanity through birth while Rich and Patricia continue on Thought Crime Radio to speak about bigger issues resulting from the disruption of human birth, including conspiracy theories ... THOUGHT CRIMES. You can follow Rich and Patricia on www.thoughtcrimeradio.net.

Thank you for your support and interest in the topic of obstetric abuse as the root cause of the dysfunctions, disorders and diseases of humanity ... thought crimes.
Posted by Janel Baby Keeper at 11:06 AM No comments: 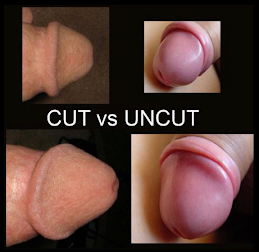 A Woman Speaks about Being Circumcised as a Woman

Circumcision Played on the air August 31

Even if you can't bear to watch it, just listen. Let this baby's cries speak to your soul. If you can not watch this circumcision be aware that that tells you something very important. It should NOT BE DONE. This baby and many, many other baby boys have experienced this brutality. If you can't watch it or listen to it, remember that the majority of men in our lives experienced this. His penis was being mutilated for no medical or logical reason, against his will, without his consent. This happens to him at the moment that the only thing he needed was to be in their mother's arms, at her breast.

"If you have been abused it is a hard thing for you to have a lot of compassion for yourself but if you can, think about the poor defenseless children who are going to come after you who could have a chance at happiness if you are able to face your own trauma. And face it realistically so we don't have to keep doing this. The reason we keep doing this is that we are trying to justify our pain." --Veronica Monet

Discussing the Canadian researcher who hooked up babies and monitored their brains while being circumcised to learn the tragic impact on babies, and who was forced to destroy the research, accused of inappropriate research on babies, Jody McLaughlin, Publisher, "Compleat Mother" told me (Janel): someone should hook up the people who are DOING the circumcision, the adult, the doctor, and see what their brains are doing. Better yet, she added, they could use that equipment they use to research erections and monitor their physiological, sexual response to mutilating a helpless baby. Brilliant, she is so brilliant. Any researchers want to take it on? Any adult doctors WILLING to mutilate baby boys for no good reason willing to be the subjects? Should we give them a choice? Should THEY have a choice while baby boys don't?

"Caution! because just where we least expect it, there are civilized barbarians, which we don't entrust our children." Listen to podcast of Lynn Reed about the many ways American doctors cut women and babies (boys and girls).

2. Early clumping stops abruptly natural placental transfusion, and into placenta remains from 30 to 50% of blood for the child.

3. Umbilical cord, after birth too, remainss an exchange channel between mother and child, bringing nourishment and oxygen to the newborn, removing its waste products,until his body will be not able to breathe effectively and to receive oxygen by langs and no more from ombilical arteries.

4. Umbilical cord and stem cells must be leave to the owner!!!!

5.If umbilical cord has cutted before timely, baby will be founded, suddenly, without oxygen and he will live a distressing experience of suffocation ( with the risk of brain damage by anoxia).

6. Reflection is that baby will be forced to inhale much air that, in contact with his mucosal, will causes a terrible burning, like a scalding.

7. late cut of ombilical cord or no cut is the physiological process

8. Immediate cut (early) is an invasive procedure which must be justified; in natural childbirth isn't justified. (O.M.S. Health organization world) - 1985

9. These recommendations of O.M.S even if, are entered in Midwifery story like "Scientific evidence" are not accept and apply in departments of obstetrics

10. Caution! because just where we least expect it, there are civilized barbarians, which we don't entrust our children.

12. Most simple thing to do is NOT TO DO
Finally they suggest the natural detachment of ombilical cord.

I made my best to give you a good translation, could you forgive me if it will result not perfect.

Photo and video editing at www.OneTrueMedia.com

Thank you for visiting. Where are you from? Create your own visitor map!

we are speaking for those who can't speak for themselves. Babies and children.

Listen live from anywhere in the world on the web at www.KOPN.org
E-mail us at: ThoughtCrimeRadio at gmail dot com 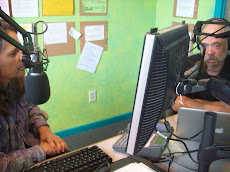 "In 1979, the government of California funded the first scientific study ever made of the root causes of crime and violence. Their first report three years later stated that the first and foremost cause of the epidemic increase of violence in America was the violence done to infants and mothers at birth" (Joseph Chilton Pearce in Evolution's End," page 126).

Attorneys for the Rights of the Child: www.arclaw.org

Nurses for the Rights of the Child: www.nurses.cirp.org